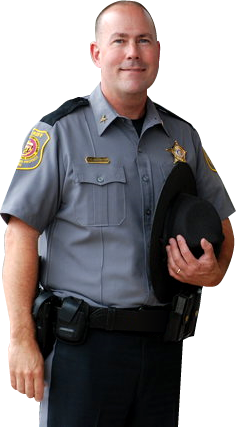 Rumors From the previous campaigns, sad we have to address these again (2014), but with politics, the other past candidates will always bring them up instead of running on what they can do for the county.

Grant funded lease of aircraft at NO expense to the local taxpayers for homeland security missions, searching for lost and missing persons, drug detection and aerial surveillance. Recently used to photograph local schools to help protect our children in the event of a disaster or terrorist act. The Office of the Sheriff does not own an airplane.

– The US Treasury did complete an Audit on the seized funds, and found that the SHERIFF had impeccable records and the money was spent according to guidelines. No issues or concerns at all, inquiry was closed.

Donated by DNR and outfitted with seized funds to assist boaters and other agencies, detect environmental crimes, investigate crime scenes, and respond to disasters.

Obtained through leftover funding in the budget a combination street/off-road motorcycle was authorized by the County Commissioners to assist in areas where a full sized patrol vehicle cannot reach, such as road closures and back-ups, fields and trails, and for special events.

More than 1.6 million dollars has been seized in the past four years to supplement the budget. With approval from the Federal government these funds have been utilized to upgrade services and technology, enhance citizen and deputy safety, and create various community programs.

The U.S. Department of Justice, under authority of the FAA, has field-tested an unmanned aerial vehicle in Queen Anne’s County. This testing was observed by a member of the Sheriff’s Office but has not been utilized and no plans are currently underway to do so. The Office of the Sheriff does not own a UAV.

The following is a list of current and past rumors and questions that have been spread in the community and need to be addressed, in recent requests.

Fiscal Responsibility: Get the truthful Facts:

Did you know….Sheriff Hofmann has submitted a total of seven budgets during his two terms in office and has been under or at budget on every one of them? Fact.

Did you know…. The Queen Anne’s County Office of the Sheriff in 2010 went through a comprehensive audit in 2010 by the Treasury Department after baseless allegations of mismanagement was made (just prior to the election). The results of the audit: The Sheriff’s Office budget and money management was given a complete clean bill of health. Also just as important, no recommendations for changes were made! Fact.

Did you know…. During Sheriff Hofmann’s two terms in office his budget has been reviewed and scrutinized by two different Commissioner Budget Review Committees? The results of these reviews: No changes recommended to the Sheriff’s Office budget. Fact.

Did you know…Sheriff Hofmann has submitted flat budgets and even reduced the Sheriff’s Office budget once due to the challenging financial times the county has experienced? Fact.

Did you know….All funds collected for fees and services by the Sheriff’s Office goes directly back to the county? Fact.

Did you know….Sheriff Hofmann has used grant funding to purchase and upgrade agency equipment at no cost to the county budget? State of the art Incident Response Vehicle… S.W.A.T. equipment…etc.Fact.

Did you know….The Commission on Accreditation for Law Enforcement Agencies (CALEA) recently reviewed the cash management at the Sheriff’s Office and again gave it a clean bill of health? And again, recommended no changes. Fact.

Another Sheriff candidate calls this not being “financially responsible”. The facts however speak for themselves. As you’re Sheriff I have demonstrated financial responsibility and promise to continue it for the next four years. If anyone should have any questions regarding financial responsibility at the Office of the Sheriff, I would encourage them to contact me or my staff.

Regarding the lawsuit, I am not able to comment on the specifics of any pending litigation however I look forward to having both sides of the case presented in court. Its unfortunate that Mr. Banks through his lack of experience has taken advantage of the fact only one side of the case has been discussed at this point, void of all the facts, which is fundamentally unfair and misleading . My opponent doesn’t have any platform, except handing out copies of a law suit, in hopes the community will forget about all the positive things that have been done. In fact, we have never paid or settled a lawsuit in the past.

The case should have the opportunity to work its way through the courts. I would suggest letting the public form an educated opinion of this case once all of the facts have been presented. While it is always easier to settle lawsuits, I would not support using taxpayer dollars to settle a highly contested case which is why I along with the Maryland Attorney General Office has sided with us on defending this case in court.

Info to be published soon 2022

You wont want to miss this!